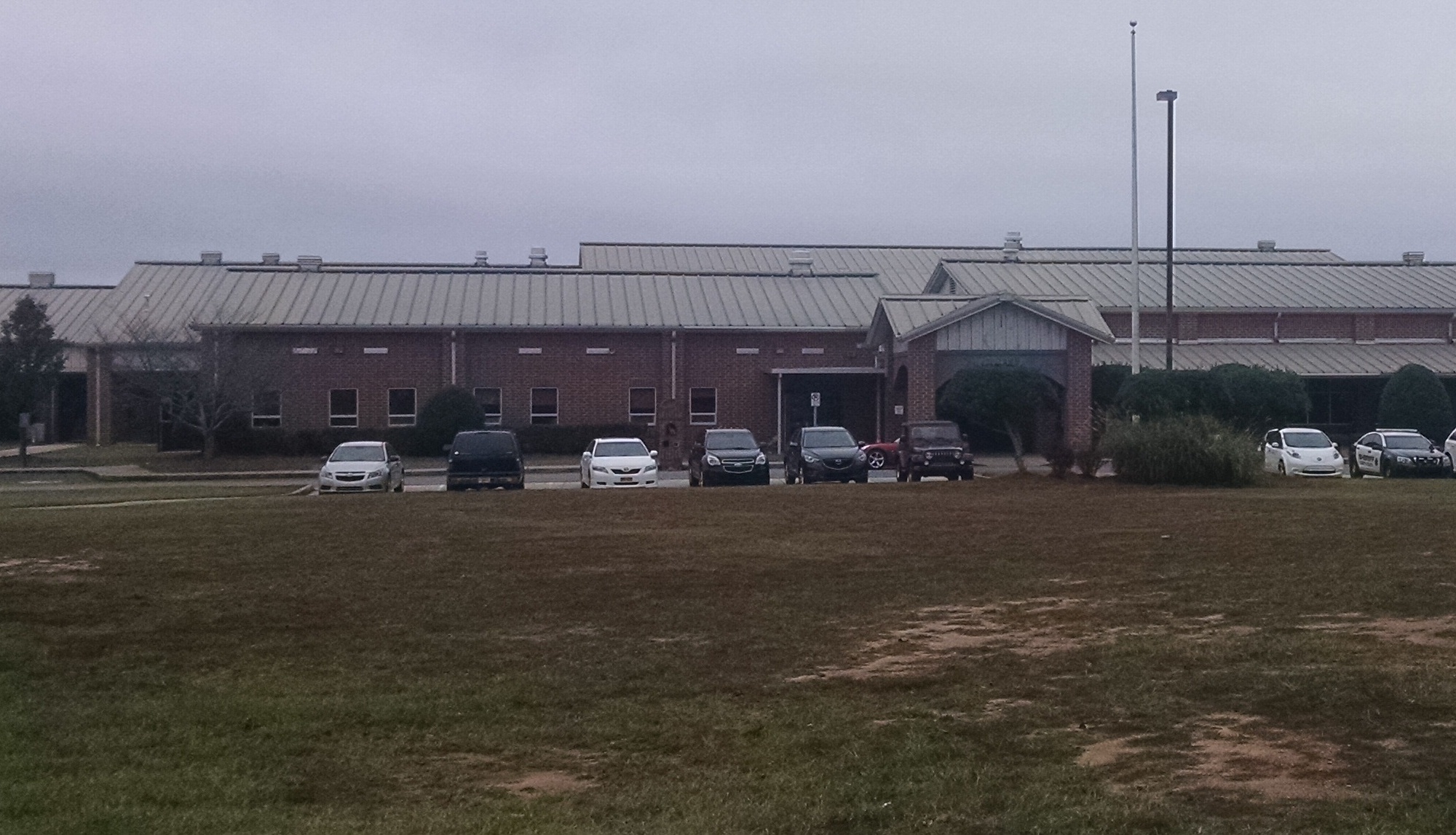 The brutal 1997 shooting death of an 11-year-old Forsyth County, Georgia boy left a community in shock and compelled investigators to ask local churches for prayers.

Parents too experienced a heightened sense of fear for their children’s safety.

Dawson County Sheriff Billy Carlisle at the time said he had numerous people ask if there is an “abductor out there.” He still believes that Levi’s assailant was someone the youngster knew …”, according to a Nov. 26, 1997 report in the Dawson News and Advertiser. “Don’t be afraid to go out,” Carlisle said, “but don’t just say ‘there’s nothing out there, nothing will happen,’ at least until we get this person in custody. Click to read bio on Carlisle

It was Sunday, Oct. 26, 1997 when Levi Frady was buried. Skies were dreary and the sun had not shined for three days.

“You can’t change what happened,” said the Rev. David Harris, looking over the flower-laden sanctuary and Levi’s brown casket during his eulogy. “And you can’t bring him back by suffering yourself. I have no doubt where Levi Frady is. We will see him again.”

Levi’s family had decided on an open casket ceremony. Someone placed two yellow roses — wrapped in purple cellophane and tied with a yellow ribbon — near him. He was dressed in a dark green flannel stripped shirt and dark pants, according to a family photograph obtained by the author of this news site.

Most of the school-age children were outside the building, looking strangely out of place, the AJC report stated.

Sixth-grader Jeremy Defoor brightened when asked about Levi, one of his best friends at North Fulton Middle School.

“He loved his bicycle,” recalled Jeremy, 11. “He really did. And he was a real adventurous type. He’d check out anything.”

Nearby, two girls consoled each other. “Are you OK?” said one, clutching a tissue. “I guess,” answered the other as they hugged.

Inside the sanctuary, Rev. Harris continued.

“It’s really cloudy outside, and it has been for three dismal days, but the sun will shine again,” Harris said. “It is hard to see it in the midst of despair, but we are going to see the sun shine. We will see the sunshine again. God is here,” according to the AJC report.

Frady was buried later that day at Sawnee View Memorial Gardens, about seven miles from his childhood home.

The first Monday after Frady’s murder, students and faculty at North Forsyth Middle School, where the boy attended, tried to get back to normal.

“We are still reeling like this community is,” said principal Jane Fuqua. “We are in shock,” according to an Oct. 29, 1997 report in the Forsyth County News.

Fuqua said Friday, it looked like every parent in the school dropped off and picked up their child, the report stated.

Three psychologists and the school’s counseling staff returned Monday to help those who wanted and needed to talk about the tragedy. Click for complete Forsyth County News report.

At the time, plans were underway for a permanent memorial on the grounds of North Forsyth Middle, Fuqua told the Forsyth County News, but there are no definite plans on what the memorial will be. It will rely heavily on student input, she said.

Investigators turn to prayer for help

Investigators in the case asked local churches to pray for them and for Levi, according to an Oct. 29, 1997 Atlanta Journal Constitution report.

In a news conference in which investigators refused to discuss the investigation, authorities asked the local churches to pause during their Wednesday services to pray for Levi and for the law enforcement agencies hunting his killer. The community is asked to pray at 7 p.m. coinciding with the time the boy disappeared a week ago, said Dawson County Sheriff Billy Carlisle in the report.

“I felt sad but I felt happy they did this,” said Jessica Boulding, 13, an eigth-grader at North Forsyth Middle School. “Everyone’s upset,” she told the AJC on Oct. 30, 1997.

It’s (Forsyth County) the type of place where flags wave outside homes, where manicured lawns glow with Halloween decoration and were dogs bark as soon as strangers set foot on private property, according to an Oct. 25, 1997 AJC report.

“It’s quiet — normally,” said Dean McClure, who lives on nearby Crow Road. “You don’t expect something like this to happen in this part of the county.”

Residents in the community dotted with simple homes and thriving middle-class subdivisions say they love their hamlet. And they wonder if the death of Levi Frady will change it, the report states.

“I’m going to watch my granddaughter much closer,” said Bonnie Bales, who lives on the same street the victim did. “I didn’t sleep much Thursday night. That’s why I’m so tired.”

“I’m going to watch my granddaughter much closer.”

Levi’s family hasn’t slept either, said Burma Gibson, Levi’s great-grandmother. “You try to make it not be true,” Gibson said Friday after she helped pick out a casket for Levi.

Gibson said the boy’s twin sister, Laci, hadn’t cried, but she wouldn’t go with the rest of the family when they picked out the casket, the AJC report stated.

Laci likes to tell people she was born a minute earlier than her brother, an Oct. 25, 1997 AJC reports shows. She said she liked school and made A’s and B’s. Levi, meanwhile, made C’s and D’s. Laci told a reporter earlier this week, Levi preferred to be outside.

“Laci did a good job looking after her brother because he was a shy type … She was a big sister even though they were twins,” said Matt Parkman, who married Marilyn (Levi’s mother) after her divorce (from Levi’s father, Milton Frady). The Parkmans are no longer married, according to the report.

“Laci did a good job looking after her brother because he was a shy type …”.

Frady’s 1997 murder left a community racked with fear and many of the child’s classmates hurting and confused more than a month later.

“There is still a deep wound here,” said Barbara Watters, a North Forsyth Middle School counselor, “and the children are still hurting and trying to cope,” according to a Nov. 28, 1997 report in the Forsyth County News.

Counselors’ efforts were focused primarily on the group of children who knew Levi best, the report stated.

“We do more listening than talking, and the children talk about how they feel and share memories about Levi. We want to know what life is like for them [without him].”

Watters says “children go through the grieving process differently than do adults.” Because Levi’s friends are so young, she says this “may be the first personal loss — where they truly miss someone — which many children have never experienced.”

An atmosphere of ‘edginess’

Although Watters describes the atmosphere as one of ‘edginess’ right now,” she doesn’t see evidence of the “fear and shock” so apparent in the early aftermath of Levi’s slaying, the Forsyth County News report stated.

“They would like to know what happened — to know why, but mostly they just talk about missing Levi and what he was like.”

“They would like to know what happened — to know why, but mostly they just talk about missing Levi and what he was like.”

Even though Watters says most of the children don’t seem overly fearful, she says many are “frustrated” that their parents are afraid to let them go outside and play as they did before.

“Their lifestyle have changed,” she said in the Forsyth County News report. “Whereas kids used to run loose and do what they wanted, now they can’t play in the woods as before, and they are more restricted.”

“Whereas kids used to run loose and do what they wanted, now they can’t play in the woods as before, and they are more restricted.”

What happened to Levi Frady?

It was Wednesday, Oct. 22, 1997, when Frady, 11, went missing while allegedly riding his red, 20-inch bicycle near his Burruss Mill Road home.  The Georgia Bureau of Investigation delayed releasing a timeline of events in the child’s murder for seven years. Director Vernon Keenan offered no explanation when asked in June 2016 about the delay. The timeline confirmed family members had moved the bicycle before authorities were notified.

Authorities close to the case said the bicycle had been wiped clean of fingerprints, including the boy’s. Frady’s body was found the following day deer hunters in the Dawson Forest Wildlife area, approximately 19 miles — and one county away — from his home.

©levifrady.com 2016-2023. Unauthorized use and/or duplication of this material without express and written permission from this site’s owner is strictly prohibited. Contact: Kimberly@levifrady.com